I skipped my walk on Tuesday, so we could head to the beach as early as possible. We didn’t end up leaving too early – sleep had to be caught up on, but thankfully we left early to avoid parking woes.

I know some locals scoff a little at Marina di Cecina, but it’s our nearest beach, has the blue wobbly stuff, and has a promenade right next to it with a goodly amount of amenities. The pebbly sand is dark-grey and a little harsh on the feet, but there are showers and small fountains to wash your feet when you’re done. There are other, whiter beaches around in Rosignano Solvay, Castligioncello and north of Populonia – but we’re not as familiar with these areas, and Niamh and our guest just wanted a quick dip.

I’m not a beach person. I did wear less than I normally would, but I sat back in our rented spot (€25 per day for a parasol, a bed and two chairs, and a key you use to operate the shower on the shoreline), and listened to some tunes, while the ladies paddled about in the water.

We stayed about 2-2.5 hours, and handed the key back.  Apparently, they looked really puzzled when told that we were leaving – they generally expect people to stay all-day.  Personally, I don’t know how folks do that.  I like the sun, but generally I have to be doing something in it, rather than just lying there, toasting.

Coming back from Cecina, you can get some really nice approach shots of Volterra along the way.  I’ve posted some below:

We once again got one of the last spots in the car park and headed to Osteria la Pace, and each had one of their killer bowls of pici with wild boar sauce and black olives.

They hand-make it, and it’s nice and thick.  As it doesn’t contain any eggs, it’s actually a little bready.  The bowl looked smallish, but we were pretty full by the end of it… but not full enough that we couldn’t share one of their amazing Tirimasú!

With full bellies, and roasted bodies, we went back to the apartment to siesta a while, not venturing out again until it was about 20:00.  We were still a little full, and so only managed to have some nice bruschette in Volaterra (mine were hot, with suasage and cheese and were lovely with oil and black pepper added).  It was their own oil, from their farm in Molino d’Era, and was fab.  We took a shot of it, and will be back for some when our current stock has run out.  The last time I tried a Volterran oil I found it a little too herbacious for my liking; almost grassy – but this was tasty!

We went to bed after a small walk around the town, as we had to get up early the next day.

We said goodbye to our guest the next morning, after dropping her off at the airport.  We will miss her – it was fun having her about the place!  We realised, though, that with a guest, we were running short of vessels and utensils in the kitchen, and so a trip to Ikea was in order.  Fortunately, it is right next door to the airport!  Unfortunately, we were there an hour before it opened, and so had to walk about to kill time.  There is a McDonald’s there, which we narrowly avoided!

Two blue Ikea bags were filled, and we also had a box of tableware on the side.  Wondering what we were going to have for dinner, we stopped off in Capannoli on the way back to grab some veggies and other items.  There is a discount/remaindered stock store beside it – and we grabbed a few household items from there too – nice and cheap.

When we got home, we realised we had enough to carry in the heat, without lugging any of the Ikea stuff, and so dropped the groceries back at the apartment and went to Osteria dei Poeti for soup and pasta.  They gave us a lovely little amuse-bouche to start!

It was getting warm, and I was a little tired, so we spent the afternoon indoors, either sleeping or screen-watching.  Later on, Niamh defrosted the marinated chicken we had left, and rustled up some veggies and rice to go with it.  It was yum!  Fortunately, the Conad in Capannoli had ground ginger (Niamh doesn’t like solid, root ginger) and soy sauce!  We ate it outside and watched the lowering sun kissing the sides of the cumulus on the north-western horizon. 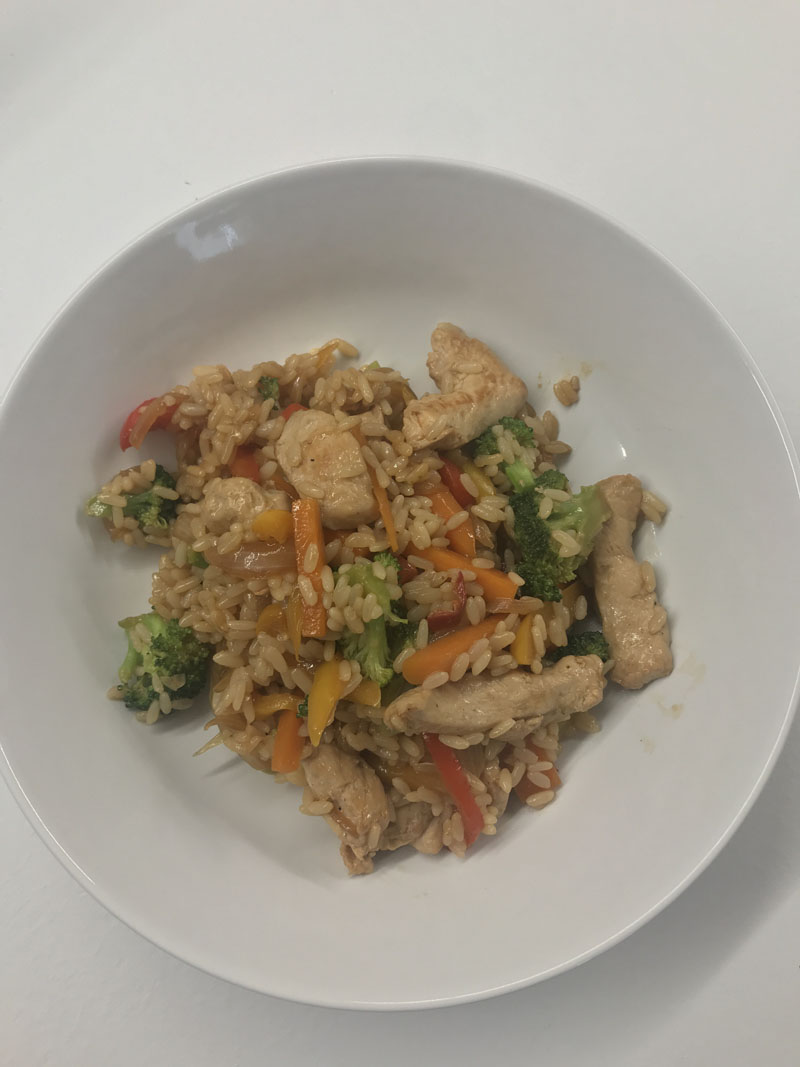 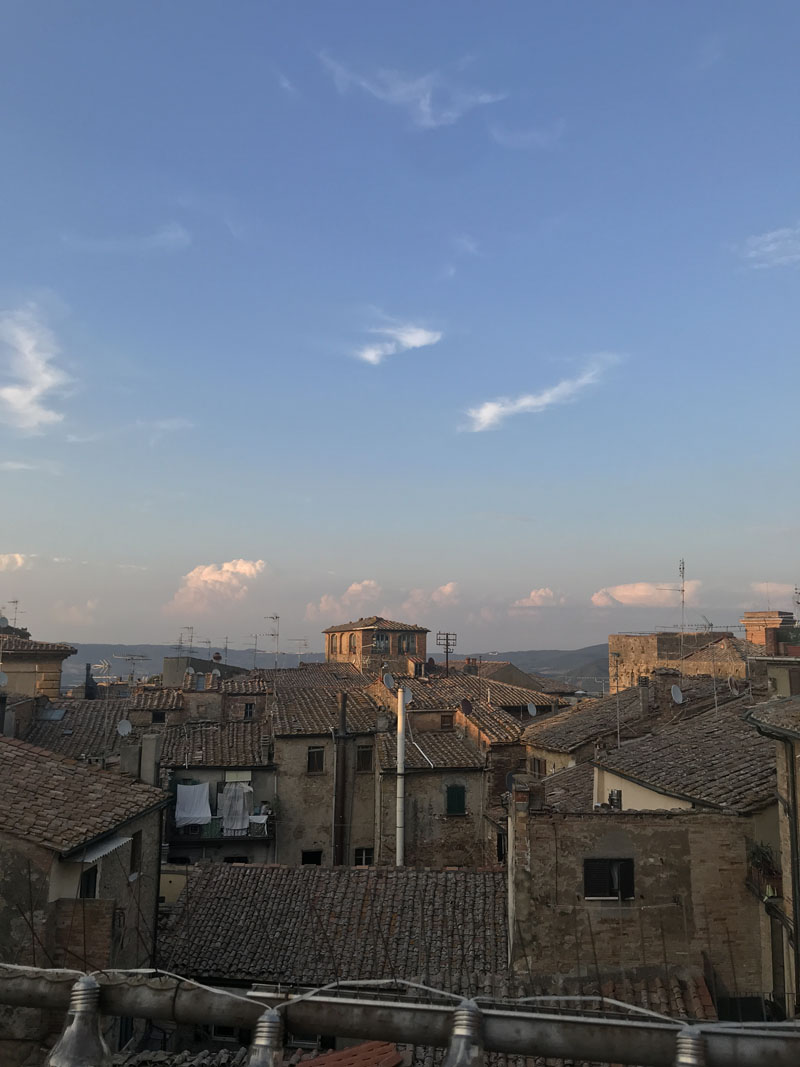 With darkness approaching and the temperature suitably lowering, I made for the car and brought the two full Ikea bags back to the apartment.  I was wringing wet by the time I got home – that was a lot of extra weight to haul.

I took a couple of moody evening shots on the way.

Congratulating myself, I set up our Sky Go server to have a device code, and so unlocked Sky Cinema for us – now we have a huge choice of films!  Yay!  This is a good thing, because the weather for the next few days seems particularly sticky and wet:

I watched Spiderman: Into the Spiderverse, and I thought it innovative and enjoyable – give it a go if you like superhero movies and/or animation.

After a good sleep, I got up and did my walk again.  This time, I took a circuitous route to our carpark, so I could pick up the tableware and bring that back to the apartment.  Cue the sweaty mess again… this time, as the weight was higher and less-distributed, leading to the handles of the bag I brought constantly cutting into my skin.  Fun times!

No plans today due to the weather warnings, so I will at last get back to some writing!

One thought on “The Beach and a Farewell”