We’re still settling into a lifestyle here, which borders on ‘normal’.  The threat of bad weather still looms and we’re a little wary of travelling at the moment.  At the time of writing this, it’s actually raining and I’ve had to skip my walk.

Anyway, we fluted about most of yesterday, but did go to that place which serves Neopolitan street food after we’d done a little shopping.  We both got a cuoppo fritto, which essentially a collection of fried, bite-sized snacks (mini-arancini, battered stuffed olives, tempura veg, cheese balls, stuffed croquettes).  It was actually pretty tasty!  They have other stuff there, like deep-fried hot-dog rolls, and fried pizzas.

We settled in for the afternoon.  I had a short nap, and afterwards went out alone to the Ex Manicomio (abandoned psychiatric hospital) exhibition they had on in town (Niamh went on her own walk).  I’ve already written a little about the facility here.  As well as some general stuff on the hospital, they focused on one of the patients: Oreste Fernando Nannetti, also known as NOF4, who, using only a belt-buckle, wrote his personal exegesis on hospital walls, over hundreds of square meters.  There’s a brilliant article in English about him here.  It speaks of a man who must have been fabulously imaginitive and intelligent, but whose skills were harnessed in an incorrect and unjust way.

The exhibition was really well put together, and there was a sense of sadness as readings from letters (I think) to relatives were read over a PA, to piano accompaniment. There were some good, progressive years in the hospital, but when it was bad, it was very bad. These poor souls were stripped of everything that identified them as being a unique, self-actualised person and were homogenised into a system which kept them hidden from the outside world, including friends and family.

In particular there was a heart-breaking display of some letters which were posted by inmates to friends/family, but were intercepted by the institution and never actually sent to their destination. They did show some of the more progressive stuff, in particular where patients (inmates?) were able to express themselves through painting, drawing or sculpture.

Above this exhibition, there were a bundle of rooms containing donations of the works of early-to-mid 20th Century local artists, and a mini-exhibit of local Etruscan burial sites. More Etruscan ruins were found below the main exhibition wall. All-in-all, it was €6 extremely well-spent. The facility is beautiful and modern, and a credit to the townsfolk.

I hope I’m ok with posting all of these photos.  Signs only warned against flash photography, and the exhibition ends on November 1st, so I’m thinking reader won’t get a chance to visit, unless they are local, or are coming over to Volterra soon for a visit.

Sadly, I don’t think I’ll get a chance to get a tour of the hospital itself.  I think tours are in Italian, and require a minimum of 8 persons.

They had some cool-looking books and t-shirts there.  Unfortunately, their largest size of XL over here is like an L slim-fit back home.  Basically, it would have been a belly-top on me!

I grabbed a nice cone from L’isola del Gusto, before heading back to the apartment, which was probably acting-out, given my issue with t-shirt sizes!

Later that evening, we continued to eat like teenagers, and fried up store-bought burgers and had some of Niamh’s patented rosemary fries.  They were really excellent, but today I am in need of some veggies.  I then went out for a brief walk, to see if I could locate a live band I could hear – they were playing some Dad-rock classics and didn’t sound too bad.  I’m pretty sure they were in Albergo Etruria, just across the road from us.  There seemed to be a cover-charge in, and I just wanted to mooch for a while.  I skipped it and went back home. 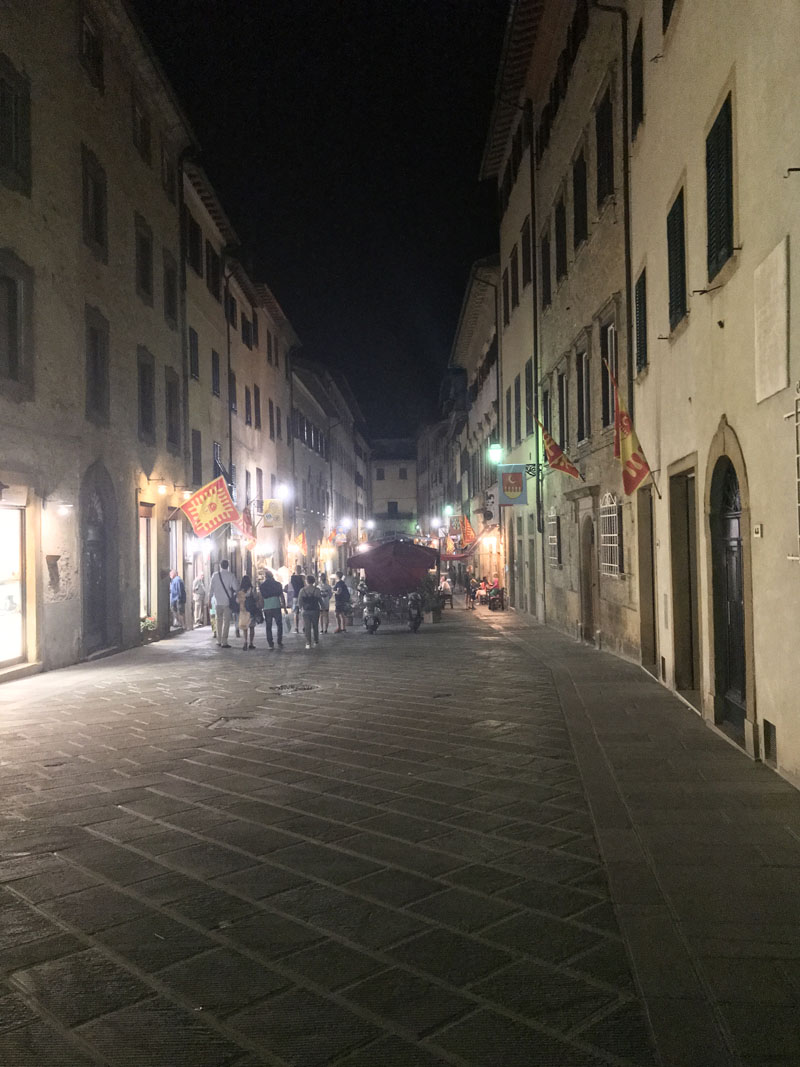 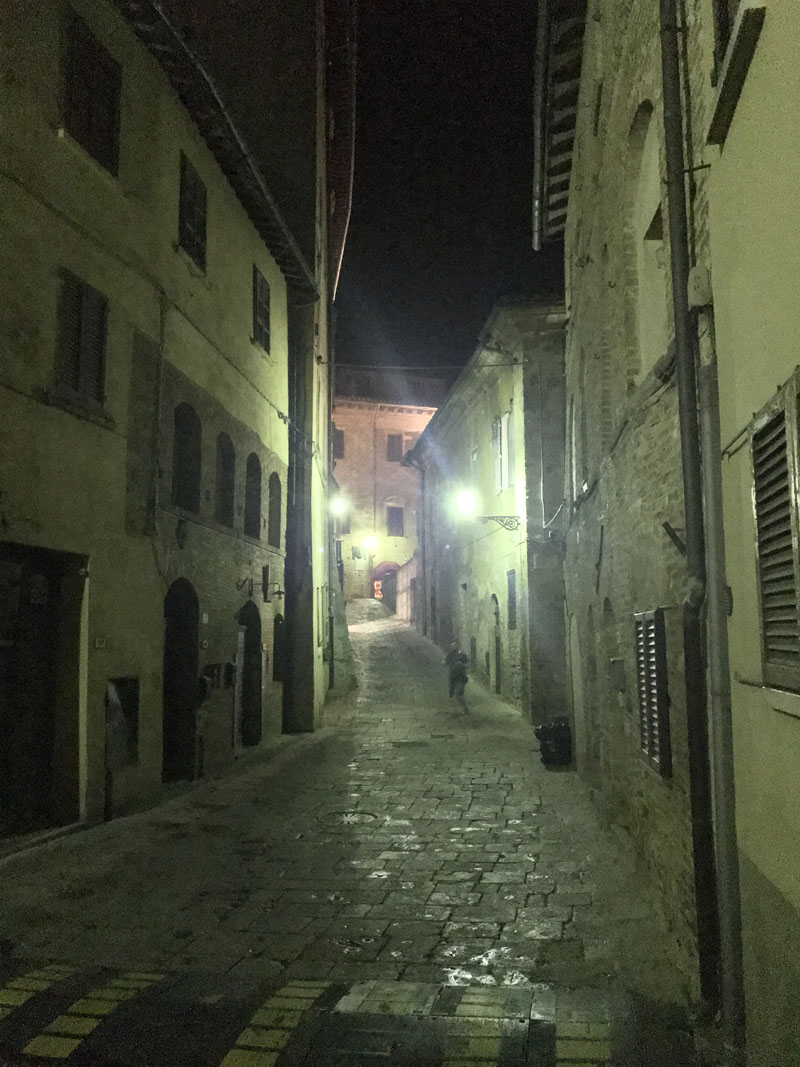 Some parts of Volterra get spooky at night!

So, with my walk skipped, that’s me done for today.  I’d like to make a veg-heavy soup as I feel I’m missing the vitamins.  I’ll post the results tomorrow!

I’ve been told that tonight there’s a Tuscan-wide crossbow competition in the main square, so we’ll definitely go to that, once we’ve found out the time it starts.